MANTRA,OM,AMEN AND THE SOUND OF THE MOTOR 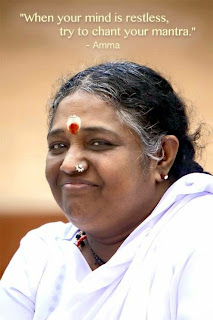 I just felt this enormous longing …just longing…longing and connection with the nature around me! I felt so happy but at the same time I wanted to die …It was quite  powerful !

What is mantra or mantram as it is also known?


Mantra given to you by enlighten being comes with the blessing and the love of this being. It is also a mantra which has been tested through the times and has been part of the linage or the teaching of the guru who gives it to you. Such mantra has more power than the one you or I can chose.
There are different ways to connect and make your mantra work.  Simply by saying it out loud when no one can hear you, then gradually whispering, murmuring and finely repeating it in your head. Every moment when your mind is not actively involved in some demanding or dangerous operation, like driving or cutting with knife etc.. you can use mantra while waiting for the bus , the elevator, while walking or before you go to sleep, using mala (japa) etc.

On one occasion in the beginning of my mantra practising not so long ago I set my self for a walk and just wanted to see if this mantra business is that good as they say.
I kept walking by the river and repeating it, and repeating it very concentrated and… nothing… everything was normal…until suddenly I felt this overwhelming sadness in my chest, as if my heart was reaped apart, I just wanted to explode with tears on the bank of the river, my throat felt like it had a very heavy stone stuck in it  …. I just felt this enormous longing ….just longing….longing and connection with the nature around me! I felt so happy but at the same time I wanted to die …It was quite  powerful but I couldn’t hold it for long as there were people walking their dogs around and it would have been ‘’well’’ embarrassing to see me sobbing like mad on the bank of the river, so I had to find a way to compose my self and go home never the same again, transformed by such surprising encounter with my mantra.
So the moral is … I don’t know what the moral is. You never know until you try it.  Everyone should find it for themselves in their own practise in order to allow it to blossom in their own time from within their own heart.  But always make sure you have a certain preparation before hand to know the meaning of the practice you do and be honest with your self, with your expectations and experiences….and most of all be open for anything and be patient. And practise, practise, this will show you your way,it will help you to find your own true experience whenever the time is right. Trust it!